Previous Next
Living and learning … how to use Facebook

Sometimes it’s better to try and fail – and learn – than it is to give a task away. Thus is the case, especially, with Facebook. The social network has spread like fire, furthering its relevance beyond college students and kids. As a matter of fact, the fastest growing demographic on Facebook is retirees age 65 and older.

And each one of these grandparents has one task for the little ones that come over for Thanksgiving dinner: teach me how to use the Facebook. There a couple of problems with this. First, Facebook is engrained within kids nowadays. The concept of “friending,” “posting,” or “liking” is nearly intuitive to the younger generation. While they can whip through their “news feed” in seconds, they might not have the wherewithal to explain it. After all, a great player doesn’t always make the best coach. 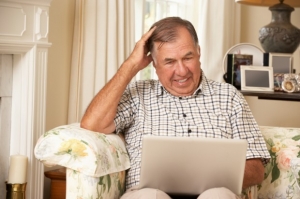 Second, chances are that if you don’t know how to use Facebook, you have probably been out of school for a good while making sitting, learning and taking notes an arduous concept. Additionally, there is a culture engrained within Facebook that demands practice. We’ll call that wisdom over knowledge.

Instead of nagging the young ones to explain Facebook – and shying away when you end the lesson with more questions than you started with – try working through it on your own. Log in to your Facebook and start clicking on things. When you have a question, search for answers with the less intimidating Google. Don’t be afraid to mess up – nearly everything on Facebook is editable. The best way to learn Facebook is by using it.

As you go along, take a mental note of the things you’d like to know, but can’t figure out. As you work through other parts of the site, you might circle back with a better understanding of another issue. Also, try not to think of Facebook as a task. There is a reason people glue themselves to it during family dinner – it’s fun. In no time you will be reconnected with friends from the past and enjoying a whole new social atmosphere.

If there is something you get truly hung up on, Mobloggy can help. Our experts know social media inside and out. They are patient and willing to help explain anything you might not get on your own. In the mean time, happy social networking.